My Eulogy for Pat 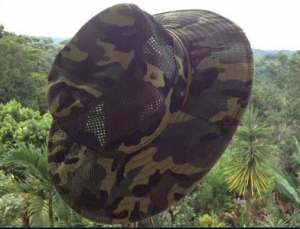 I’d like to thank you all for coming today.

It is very obvious that Pat was well respected and loved, and how much we are all grieving this loss.

Pat would hate all of this focus on him. He would cross his arms over his chest, shake his head and give a half smile of wonder and bemusement.  Pat didn’t have an ego. He didn’t see himself as special.  But while he would hate all this attention, he would also understand and respect OUR need for it. To help US come to terms with this.

Pat and I had so many plans, and so many dreams for building a better Organization and helping more animals.  But, selfishly, when I think of the loss of Pat, I go first to my own grief. The loss of an amazing friend. A trusted confidant. A humorous companion. A mentor.

Pat played so many roles in my life. He was a big brother. He was a father figure. He was an advisor. He was a friend. He was someone to do things with. He wore so many hats and filled so many shoes – but aside from my own personal loss, and your loss… – what he did for our organization and what we were moving toward also creates such a huge hole.

Not many people know that Pat worked in psychology before he was a dog trainer.  And I think that unique blend of being great with people and being great with dogs (& of course his huge heart) made him so perfect for what he did.

He used to introduce me as “his boss”. That always made me giggle inside. If anyone met the two of us that would seem incongruous.

Pat was so smart.  Brilliant really. He had a masters in biophysics and genetics in addition to his degree in psychology. I don’t even know what a biophysist DOES.

I remember one time a few years ago when two of my dogs had gotten into a bad fight.  I called him up late at night, hysterical over the bloody battle between them and begged him to help me “fix it”.  He spent over an hour on the phone with me, calming me down and giving me pointers.

A few days later he called and said that Best Friends was forcing him to use some vacation time and he was thinking of coming out to visit his pals here in NY.  He asked if he could possibly stay with me and Tommy.  I was so excited!  I hung up and told Tommy … and Tommy had to quietly point out to me that this was all probably arranged just so that he could come here and help us with our dogs. 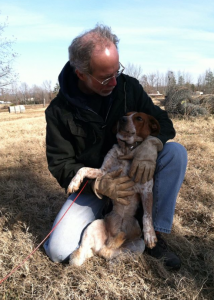 When our organization was contacted about taking all the dogs from a rescue in Arkansas, I wasn’t sure what we were getting into.  I called him up, and asked him he could get some time off and come evaluate the situation.

He called me back in an hour and had it all arranged.

Pat and I used to go look at houses that we had found online.  It took forever to get a real estate person to show him places, so we would drive around and drive by places to see if he liked them from the outside.

One time we came across a huge old weird house that looked like it had been abandoned for some time.  It was so unique we really wanted to see inside.  I saw a window up on the second floor that was partially open and I found this rickety old broken wooden ladder.  Pat and I devised a plan.  He climbed up the ladder to the top rung and then I climbed up and over him onto his shoulders and into the house.  He then climbed back down, then back up, and  handed me my little dog… and then I pulled him up.  We toured that house for an hour.  It was so much fun. Neither one of us ever commented or even THOUGHT that maybe …we shouldn’t do that.

I remember when I was frustrated because my dog Ernie was constantly on the table. So Pat taught me a training technique to make him stay off the chair (which he used to jump to the table). After showing me all this, I looked at him and said “I don’t have any problem with Ernie being on the chair.  I just don’t want him on the table”.  Pat didn’t even hiccup at the oddity of that statement.  He just said OH!  OK then if it is ok for him to be on the chair and NOT the table then we tweek it to do this”.  I cracked up because only Pat wouldn’t even blink at that.

Three years I waited for Pat. Three years I  begged him to come work for us, I kept upping the ante and promises of how great the job would be…. Three years I resisted hiring a trainer because I KNEW one day he would come.

And he did. Eventually he gave in to my whining and pleading.

And our organization was never the same.

Talk about the changes for the better, and changes in the help we could provide for dogs, and for adopters of those dogs.

I’d like to believe that his year here was happy. That he was happy. I know he loved all of us, and the dogs, and the way of life here and that he had a lot of friends.

But when he does finally get here, we have him for only a year.  A season really…and he is gone.  One night in the midst of my grief and sorrow,  I started to vent and rant. Is life just about losses I asked my husband!? Is it just about getting through and surviving these horrible losses in our lives? That we go from one to another and is that what life is really about??

But my husband looked at me and then said …that I needed to think of Pat’s year here as a gift.  That not that we ONLY had him for this past year, but that we were given the gift of having him for the year.

To have him to teach us.

To let him change our organization for the better.

To let him take us to a new place, a better place.

To teach us to grow.

To have him for that year to teach us and help us.

And I hope that we were all paying attention. 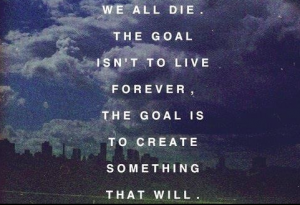 Because he gave us this gift – and he left us to carry on to others and continue on with those things that he taught us.  And he didn’t JUST teach us about dogs… He taught us all how to be better people. He taught us that life was not that complicated, and that the answers to many problems were simple, if we would just stop making them so difficult to find.

So, let’s not let him down.

“Some people come into your life for a SEASON, because your turn has come to share, grow or learn.

They bring you an experience of peace or make you laugh.

They may teach you something you have never done.

They usually give you an unbelievable amount of joy.

It is ironic that Pat had the biggest heart of anyone in the world ….and yet it was that organ which failed him.

YOU DON’T HAVE TO SEE THE BIRD…

To hear his song.

Thank you for sharing your life with us Pat.

Even if only for a season.

It’s a fearful thing to love what death can touch.