Choosing the method of murder

So over the past week many of my friends, relatives and fellow rescuers, have been sending me a petition to sign.

I warn you that I see and read a lot of “horrible animal stuff” on a regular basis, doing what I do for a living. Reading this one resulted in a lot of grief and tears for me from the imagery it presented. I’m not quick to that reaction anymore. Perhaps I’ve been desensitized or learned coping methods of not letting it in too far. I won’t analyze it, but accept that how I shut a lot of it out is a necessary survival mechanism.

So I read a little of this one and was not able to shut it off and I didn’t finish the read. You can if you like, here is the link: http://www.gopetition.com/petitions/ban-the-use-of-gas-chambers-in-north-carolina-pounds.html

For the weak of heart I will summarize. 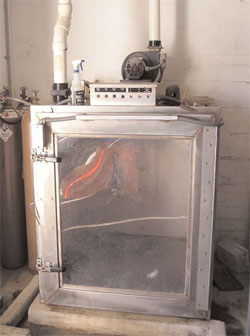 The basics are that the petition hopes to shut down gas chamber murders of animals in Gaston County, North Carolina. Georgia recently did something similar. It is now illegal to murder animals in a gas chamber. Yippee. I guess. Killing them other ways is still fine. This new attempt to get these law passed is called the “Killing With Kindness” campaign.

There is absolutely no doubt that this archaic method of murdering animals should be eliminated. No question. However I can’t bring myself to sign the petition. It seems to me that by signing it I am saying that THIS method of murdering is not ok, but lethal injection or OTHER methods of killing these poor helpless animals IS ?

Instead of raising all this public awareness about gas chambers, why not take it a step further and raise awareness about the numbers being killed? About why shelter directors are not TRYING to get animals out? Why perfectly healthy animals are killed while rescuers stand by willing to take them. Why the county will pay for these mass murders and body disposals but won’t pay for what could help solve the problem – spay/ neuter clinics. Why many shelters don’t try to reunite animals with their owners, don’t hold them for a decent amount of time to help facilitate that, don’t do offsite adoptions, or utilize petfinder, or promote their animals in any way whatsoever. Why some shelters kill animals even though they have empty runs and empty space (preparing for what MIGHT come in, or because they can keep staff low).

We deal with some shelters that are killing 200 to 300 dogs every week. You read that correctly. Every WEEK. I haven’t even MENTIONED cats. Did you read that? I want to be sure it sinks in. Every week. ONE shelter, in ONE town, in ONE state. This shelter has no programs. No adoption hours, no foster care, and they kill everything for the holidays so no staff have to come in and work on Christmas or other “holidays”. This is the TRUE horror and what awareness needs to be raised for.

I have relatives in the south who tell me about a dog they found, a stray. I tell them DONT BRING IT TO THE SHELTER!!!! Me! A shelter director. That is what I tell my family. I say trap it, get it fixed and help it with some food. Try to find a home, but if you can’t keep it, whatever you do, don’t bring it to a shelter. It stands a MUCH better chance of surviving out on it’s own than going into the system.

By signing this petition….even though on principal I do agree with it, I feel as if I am saying…ok don’t do it (murder animals) that way. Do it THIS way. And THAT is ok. Well. Not “ok” but “less-not-ok”.

I can’t bring myself to do that. I do hope that this petition raises awareness and that you all sign it and support this….but personally I just can’t do it. It eats at me at a deep soul wrenching level. 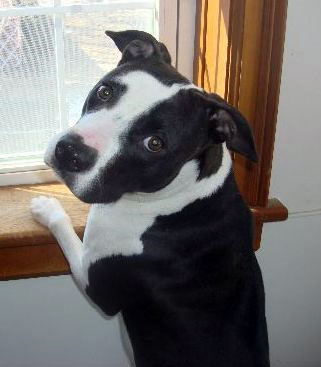 It may be a surprise to you all, that my partner in crime over here, the other Pets Alive director, Matt, disagrees with me about this. That is rare with us. I respect his opinion about this though, and completely understand the POV. He feels this is definitely a step in the right direction. It is incrementalism toward the goal of not killing them at all. He is even willing to pay, out of his own pocket, to send staffers to classes to learn how to do lethal injections if they promise to dismantle their gas chambers. On many levels, I deeply respect that. But I just can’t support it. I just can’t say “kill them nicer”. I can only say….